This website is my private project. You can contribute by giving your feedback.

I grew up in a Catholic environment. As a child I was an accolyte. 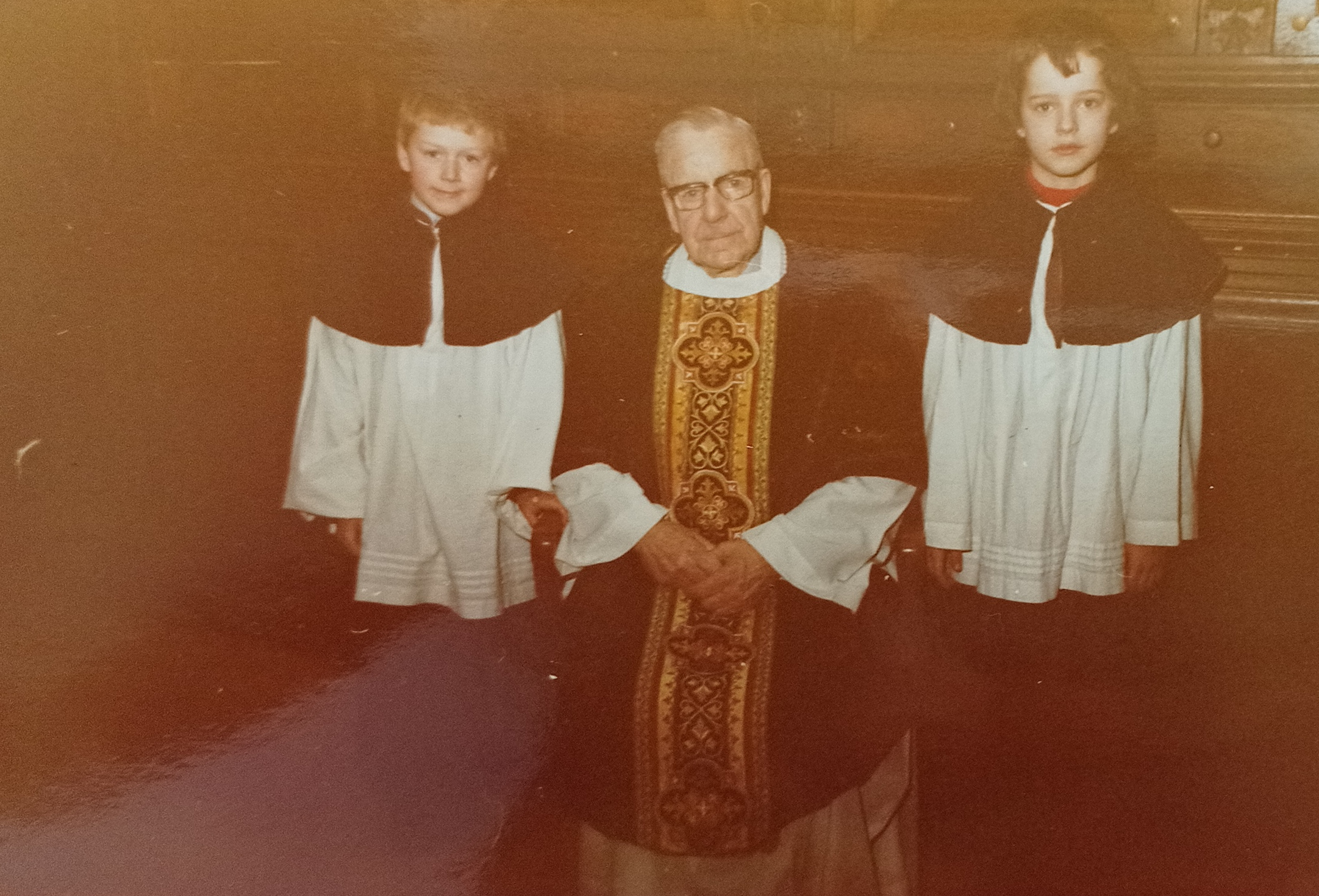 Picture: Me as an accolyte at the age of 9. With Rudolf Hennes on the left and Pastor Xhonneux in the middle. Picture taken by Manfred Laschet who was sexton at this time.

My faith started to become mature (i.e. I consciously decided that I want to believe in the Church) at the age of 18, one year after a traumatic event, the death of a classmate who was my best friend. During my year of mourning I found considerable consolation through a priest, François Palm, who was our faith teacher in school.

I married with a Lutheran. The church wedding was an ecumenical celebration in Vigala church, without a Catholic priest but with a “dispense” issued by the Bishop). When we were fully living in Vigala (from 2006 to 2018) I was active in this Lutheran congregation. Our children grew up as Lutherans and I was active as a Sunday school teacher. Until now I am still a member of that congregation. I am a Catholic who ties deep relations with other Christians.

My faith is deeply influenced by the spiritual and musical work of the Taizé community. I discovered Taizé relatively late, at the age of 25. When still living in Belgium, I went there every year for one week. It was in Taizé where I met my wife for the first time. In Estonia, between 2005 and 2010 I coordinated the translation of the Taizé songs and helped considerably with producing the Estonian Taizé songbook. In 2020 I founded the “Association of Estonian Taizé friends” and developed a website about Taizé in Estonian (laudate.ee)

Here in Estonia I also worked during five years (2017–2020) with the Avatud Piibli Ühing (APÜ), the Estonian part of the Scripture Union International. However this collaboration is currently idle because my vision of Church seems to be too different from theirs.

My belief in the Roman Catholic Church became more active again under Pope Francis. I am fascinated by this man and his message. I participated actively during his visit in Estonia in 2018, my job was to help receiving the guests of the Apostolic Administration. In 2021 the Bishop appointed me as the contact person for the Synod on Synodality.