On May 6th, 2020 Brussels police arrested a guy who had done a kayak tour in Bois de la Chambre after installing a political message to his kayak. 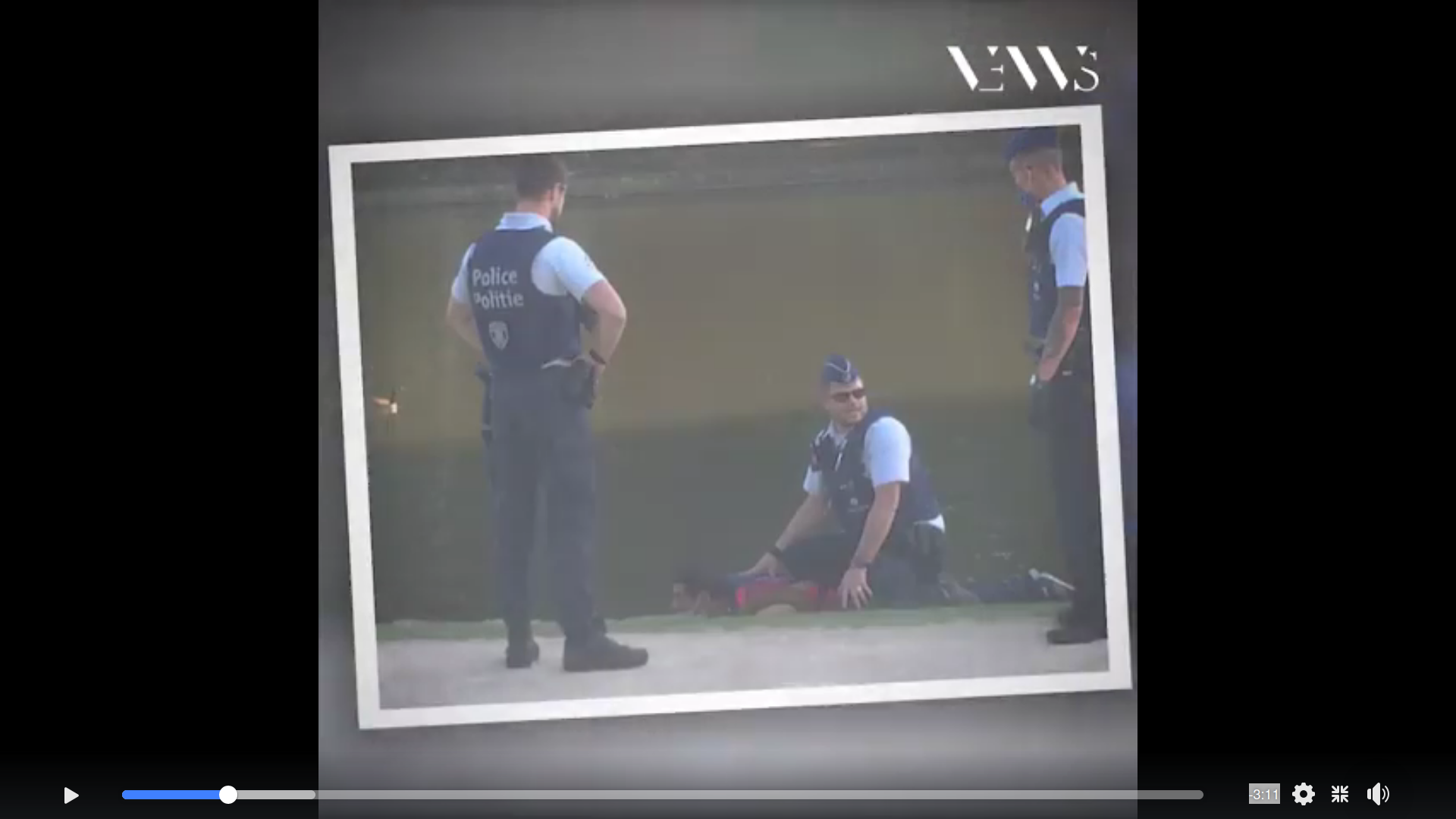 The picture reminds me the arresting of George Floyd. The guy in Brussels was definitively less criminal than George Floyd. His political message was neither hateful or discriminating (it criticized a statement of the prime minister Sophie Wilmès). His only crime was to ride a kayak on a place where it’s not allowed. One can say that he “resisted arrest” because he ignored the repeated calls of the police who called him to come ashore, making them angry. Once ashore they put him in handcuffs and he remained calm and did let the police do whatever they decided to have to do. It took them a day to make sure that they can let him free.

Did George Floyd try to escape after having been handcuffed? That would be an understandable reason for a policeman to use severe methods. After all it’s their job to not let an arrested potential criminal run away.

I couldn’t find any evidence that Floyd did not try to escape. Even not on the websites that call him a martyr and shout out loud about racism and exaggerated usage of violence.

Yes, such stories are sad. Yes, neither judges nor policemen are perfect. But stories like these are actually plain accidents. Racism and police violence are serious and complex issues, and many countries, including the US, are working hard on these issues for making this world a better place.

Let’s also remember Mohamed Bouazizi who committed public suicide on 17 December 2010. His death definitively did deserve attention. It was a clear case of a government getting caught in flagranti, and it sparked the Tunisian Jasmine Revolution, which led to the ousting of president Zine El Abidine Ben Ali in January 2011, to a thorough democratisation of the country and to free and democratic elections (wikipedia.org).

But George Floyd? I cannot see more than an accident there.

When you got arrested and sit down calmly on the ground with your handcuffs and after some minutes try to escape, then it’s not the colour of your skin that matters but rather the nerves of the policeman who is responsible for not letting you escape. The Hodge twins describe in detail all the mistakes committed by the overzealous policeman, but what they say is useless because they do not say what happened between the two videos. Their silence says more than their words.

Floyds death is not enough to explain a national mass upset about racism and police violence. I see only two possible explanations:

Are these the stones crying out because some truth has been hold back for too long (Luke 19:40). Some truth about racism that we didn’t yet know? That’s a tempting explanation because of course racism exists and will probably do so forever because fearing those who look different is an undeniable part of our instinct. But humanity has learned a lot during the last century and most modern nations respect human rights and most legislations are no longer racist.

No, I don’t believe that this is a case of crying stones. Racism isn’t fed by policemen doing their job. Racism is fed by people who believe in racism. By people who share videos and pictures that show only a selected part of the whole story. This is just another example of hype news, a bush fire sparked by news agencies who make profit when people are upset.

Americans don’t have more problems with overzealous policemen than other modern nations. American policemen don’t have more problems with racism than other Americans. Maybe Americans do have more problems with racism than some other countries. But George Floyd’s death wasn’t important because black lives matter: we knew this before. His death was important because it shows how much facts matter: we need to stop the culture of lies and hate and replace it by a culture of truth and love. We need to review our laws and concepts about copyright and greedy giants in the digital era so that business with fake news, lies and hate speech becomes less profitable than business with trustworthy news, shared knowledge and solidarity.