A famous example of a Christian who got it all wrong and caused much harm: Ngo Dinh Diem was a staunch Roman Catholic and born into a prominent Catholic family.

At his death he was widely considered to be a corrupt dictator. He was captured and assassinated during the 1963 military coup

Several Buddhist monks burned themselves to death in protest to his persecution of Buddhists.

The picture below shows Thích Quảng Đức burning himself to death on 11 June 1963 in protest against the persecution of Buddhists by the South Vietnamese government led by Ngo Dinh Diem. 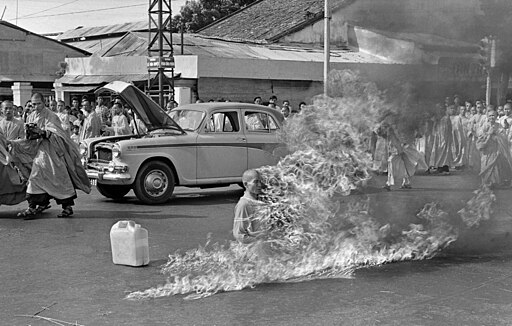 Ngo Dinh Diem inspired me to start my collection Not all Christians are good.